Lou Reed's Walk on the Wild Side

If my memory serves me right, I heard about this Walk on the Wild Side song (wikipedia) sometime during my college year in the 90s. Of course, the bass and guitar reef were the one that captured my attention right away. At that time, being an international student here in the US, I was totally oblivious with the lyrics and the references on it. When I finally understood what the lyrics are about, listening to the song makes more sense.

But what prompted me to write this was started by the version that Amanda Palmer sang for Neil Gaiman. I was listening to her CD "Several attempts to cover songs by the Velvet Underground & Lou Reed for Neil Gaiman as his birthday approaches" and one of the songs was Walk on the Wild Side. 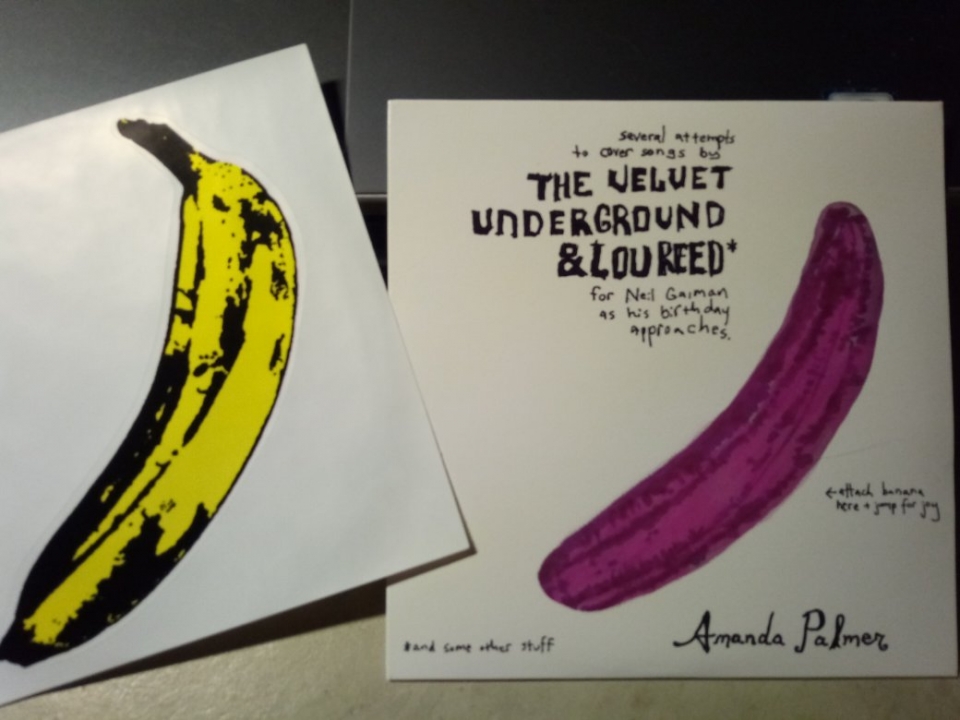 I like her rendition of the songs, which prompted me to find it on YouTube. Welp, that platform does not disappoint; it's a quite a nice piano rendition.

Of course, like any other platform that wants you to stay there, YouTube also listed various Walk on the Wild Side cover songs. One of them is from Alice Phoebe Lou a singer-songwriter. Her rendition using a guitar is also quite enjoyable (youtube) and now I have a new singer-songwriter to keep an eye on.

Among other videos that were listed on YouTube is the one that kinda blew my mind, Walk On The Wild Side - The story behind the classic bass intro featuring Herbie Flowers which explained that those are two basses layered on top of each other.

Man, what a nice thing to learn something new about this song. :-)